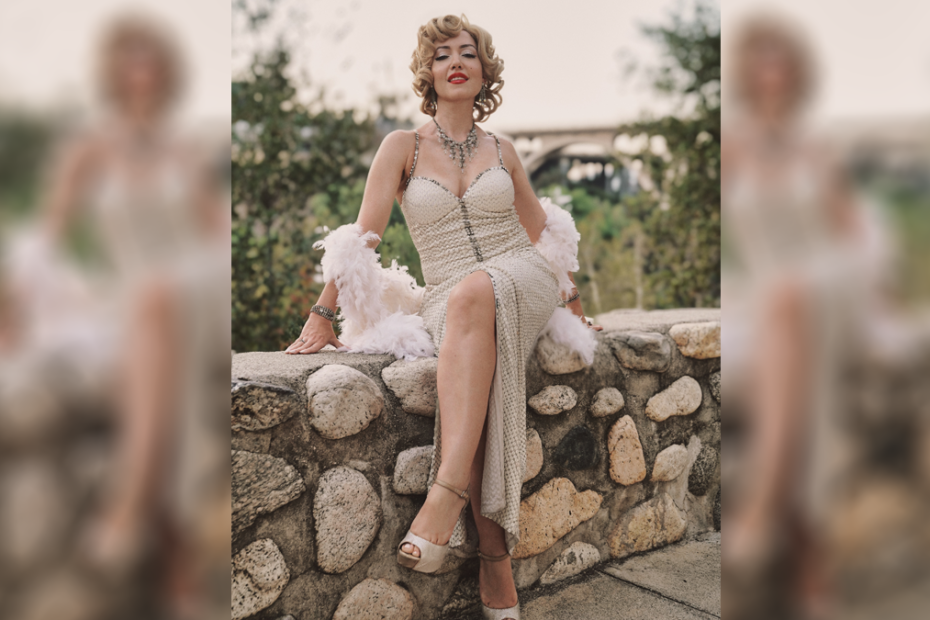 Erika had started her impersonation career in Los Angeles and later, performed internationally for many popular celebrities and high-end corporations such as Erno Laszlo, Huawei, Van Cleef and Arpels, Saudi Petroleum, Apple Tours, and Authentic Brands Group (official owner of Marilyn Monroe’s licensing). Not only that, she is also a regular performer for Empire Casino, Smash Entertainment, A Gala Event, The Park House, and the Rat Pack (B.B. Kings, Feinstein’s). Furthermore, Erika headlined in Cairo, Egypt/ Xi’an, China, and Dubai, UAE for their New Year’s celebration.

When it comes to her acting career, we found out that her impersonation has given her opportunities to actually portray Marilyn Monroe in several feature films. “Before The Dust Settles”, “Marilyn Monroe In New York”, “The Three Chris’s”, and “Lady Peacock” are some of the movies which she featured in. Additionally, she had also featured in a documentary “Scatter my Ashes” at Bergdorf’s. However, the films and movies are not the only exposure she had.

Her appearance in TV is also intriguing. The NBC’s “2-part miniseries”, CBS’s “The Couch”, “Running Late with Scott Rogowsky”, and TruTV’s “Impractical jokers” are just a few. She has also starred as Marilyn in the YouTube channel “Celebrities To Go!” It is not surprising that this woman is a popular and talented character.

As the Los Angeles Videographers LLC, we cover almost every kind of occasion when it comes to videography needs, and we have our own share of experience. Throughout the events we have captured and experienced, such as birthday parties, special occasions, and such, we have witnessed and admired her performance several times. When we first met her as she was impersonating, we were surprised and mesmerized whether Marilyn had come back to life. It was in fact an outstanding way to tribute Marilyn Monroe and everyone who love her. And she clearly does justice for Marylin Monroe and her good work.

Erika makes an excellent impersonator on every occasion. Her performances and her style adapt according to the event, whether it is, a simple mix and mingle, a walk-a-round, a live singing, a cooperate event, stage show, or any event that needs the added touch of class, sexiness and fun that Marilyn Monroe brings.

Erika will continue in character, to welcome and interact with guests, mix-and-mingle or walk-a-round, sing, present awards, roast a guest of honor, and pose for pictures. She can also MC or host your event in character. Not only that, she also appears at product launches, conferences, exhibitions, store promotions or any other event where attention is needed for a product or company.

Then what you waiting for? If you are a huge fan of Marilyn Monroe, then surely you don’t want to lose the opportunity of inviting Erika to join for your joyous occasion. We are always ready to capture your videography moments along with Erika. You can click here for get more info of her.